Plant a tree in memory of Judy
An environmentally-friendly option 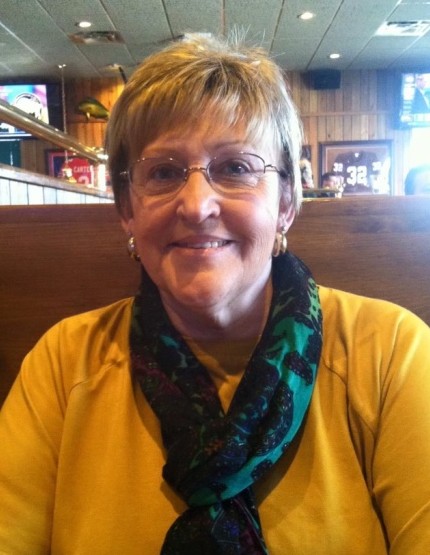 Judy Ann Curry, 73, of Portsmouth, passed away Tuesday, March 30, 2021 at Ohio State University Hospice in Columbus.  She was born May 15, 1947 in Columbus to the late James and Violet (Wears) Stewart.  In addition to her parents, she was preceded in death by an infant sister, Donna Jean, mother-in-law, Virginia Curry, and brother-in-law, William Shafer, and her beloved dog, Moe.

Judy was retired from the former Goodyear Atomic Corporation as a maintenance supervisor after 36 years of service.  She was a devoted wife, mother, grandmother and great-grandmother.  Her family was the most important thing to her, and spending time with them was her greatest blessing.

A private service will be held at the convenience of the family at Melcher Hammer Funeral Home with Pastor Chris Oiler officiating.  There will be no visitation.

Plant a tree in memory of Judy by clicking here.
To send flowers to Judy's family, please visit our floral store.

A service summary is not available

Plant a tree in memory of Judy
An environmentally-friendly option

Plant a tree in memory of Judy

1 tree planted in memory of Judy

I am so sorry for the loss of your loved one. I have memories of Judy through her daughter Kelly and her husband Bill. Judy loved Christmas and enjoyed buying for her family. Kelly told me that they didn't have traditional socks but totes lined along the wall complete with of all kinds of stuff. I saw Judy when he came to visit Bill  during a break at the plant or when business would bring her to labor relations. I know she was an outstanding leader but also served others as well. And I remember one evening when my husband and I were invited to have an over-the-top, more than enjoyable Friday night dinner with Judy, Bill, Kelly and Brian/Chuck at Sonora's a few years ago. Sending virtual tight hugs for all of the family during this season of loss.

It’s been years since we worked together on shift but we always had a good shift and found time for a laugh. She was a caring person. Miss you Judy. May you find peace Bill.

A Memorial Tree was planted for Judy Ann Curry

Plant a tree in memory of Judy